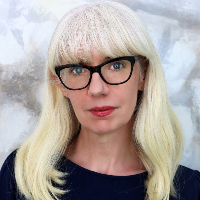 Catherine Connors is an award-winning writer and entrepreneur whose career has taken her from the halls of academia to Hollywood and Silicon Valley. As a young political philosopher, her primary area of scholarship focused on the place of women and girls in political and social thought and took a close look at how social understanding of female cultural roles has been defined and reflected in both political and popular culture, especially through storytelling. That research has continued to inform her ongoing research and writing as well as her work in media and entertainment. She speaks widely on the evolution of storytelling, especially as it applies to and is reflected in the experiences of women and girls, on new models of feminist leadership, and the evolution of social, political and cultural understandings of the private and public lives of women and girls. An innovator in women’s media, Connors was at the vanguard of women’s online storytelling as the publisher of the award-winning website Her Bad Mother. Founded in 2005, Her Bad Mother very quickly became one of the best-known and widely read websites for women and parents — TIME Magazine once named it one of the best 25 personal sites online — and Connors emerged as one of the first famous ‘mommy bloggers,’ cited in media as varied as the New York Times, the BBC, and Fox News, and garnering millions of readers and followers. In 2011 she relocated her family from Toronto to New York City to take on the role of Editor in Chief of Babble Media, then the leading platform for parents on the Internet. At Babble she built an enormous audience of women and moms — over 49 million at its peak — and developed one of the first platform-based communities of female creators, which led to Babble’s acquisition by the Walt Disney Company. At Disney, Connors became head of content and Editor in Chief of Disney Interactive, with a mandate to grow its Women & Family portfolio — she grew that portfolio to become the then-largest digital media network reaching women and families. While at Disney, she led efforts to reposition the Princess franchise, and spearheaded an internal Women & Girls initiative which led to a company-wide rethinking on how to engage women and girls, and to the shifts in thinking on the Disney Princess franchise that led to the unprecedented opening up of that franchise both in media development and in marketing. In 2015, motivated by her work with girls at Disney, Connors left Disney to create Demeter Media, a research and media development company dedicated to developing content, products and experiences serving women and girls and to disrupting conventional thinking on female empowerment. Demeter’s flagship project, Project Girl Quest, became the basis for Maverick, a venture-backed social network for girls and young women; in 2019, Maverick was named one of Fast Company’s Most Innovative Companies. Her co-authored book, The Feminine Revolution — an investigation into how feminine attributes have been negatively stereotyped and how to overturn those negative stereotypes and reclaim them as powerful — has been lauded by media as varied as Ms. Magazine and Cosmo. She currently leads a private global community of female innovators and creators called the League of Badass Women, and runs regular weekly shows on Clubhouse on the topics of philosophy, feminism, and the evolution of storytelling. She lives with her family in Los Angeles, where she is at work on her next book.